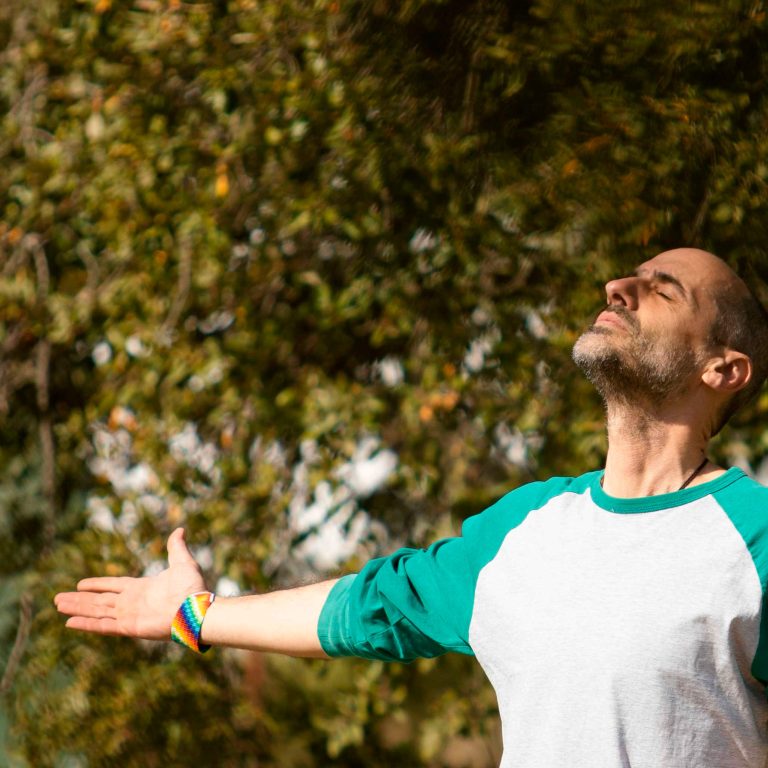 The act of breathing is much more than an instinctive action.

The act of breathing is much more than an instinctive action. In general, we are used to thinking of breathing as an automatic activity of our body, with an indispensable vital function and a life of its own. We can think of it as a herd of horses running free in the vast meadow of life, following all their vital instincts.

Now think of what might happen if that same uncontrolled herd were tamed with the utmost love
and respect by a person who knows how to relate to the animals to ensure that they can further express their potential, overcome their fears (of storms, for example) and grow to their fullest.

Well, something similar happens when we realise that our breath can be guided and used as a powerful tool for self exploration and therapy.

From there, a wonderful journey into the infinite possibilities of wellbeing that human beings have at their disposal can begin.

In many if not all ancient cultures, awareness of the power of the breath was part of ascetic practices or therapeutic rituals. We know this from traditional Chinese medicine, from yoga practices, from Buddhism in all its forms, from Japanese martial arts, from Zikr combined with the use of sacred texts in Islam, and in similar part from Christian Hesychasm.
All these cultures have cultivated and nurtured the possibility of intervening in the act of breathing for very specific purposes, the result of careful observation of man’s physiology in the broadest sense of the term.

They realised, and modern science has confirmed, that breathing is a means of communication between the mind and the body, between the conscious and the unconscious, between the brain and the deeper self.

When we laugh or get angry, when we concentrate or relax, our breathing changes. In the same way, by consciously altering our breathing rhythms and intensities we can bring about major changes in our physical, emotional, mental and spiritual state.

Power Breathwork is a set of techniques learned over the years that are used precisely to induce the desired changes in people who request them. It is based on the immense heritage of the Yoga tradition, Theravada Buddhism, practices born for sporting purposes, techniques used in chanting, the Tibetan breathing used by Wim Hoff and aspects related to holotropic breathing coined by Christina and Stan Grof.

Sessions can last up to two hours, depending on the technique used.

Consequently, the variables can be many, a session can be done in total silence, with live or recorded music.
You can remain seated throughout the practice or move in space combining breath and movement, or you can choose to lie on the floor. You can practice alone or in a group. In all cases it is recommended to wear comfortable clothes.

The effects derived from this practice are many, from stress reduction, to the discharge of recent or chronic tensions, to the change of perspective of one’s own life, to the reworking of lived and
unintegrated experiences from the past.

There are also other important effects such as the strengthening of the immune system, the increased flow of oxygen to the body and brain and consequently a greater clarity to face the challenges of life.

Finally, there are techniques that help us to reach expanded states of consciousness and allow us
to experience a feeling of total belonging to the universe, to feel immense love for ourselves and others and to enter into a state of peace with life.